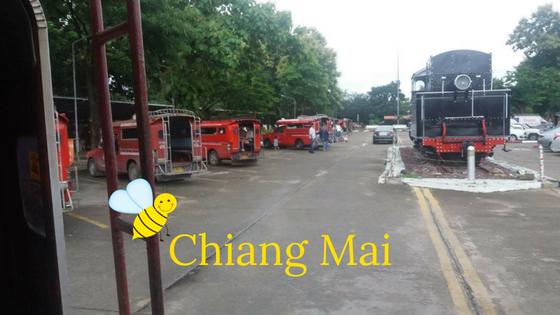 We arrived in Chiang Mai around 7.30am, refreshed from our sleep on the train. Being Thailand’s second city we weren’t sure how close to Bangkok it would be for craziness but as we only had one day to explore we wanted to give it a chance.

After taking our fire engine like taxi to our hotel and safely storing our luggage away, we set off to the old town armed with a map to help guide us. The first thing we wanted was breakfast but as it was still early there was a limited number of cafes open. Eagle-eyed Sarah soon spotted a small coffee shop that was advertising bagels and croissants. Finally, we had found somewhere the girls could eat – Sophie had a croissant and Molly had a peanut butter bagel. 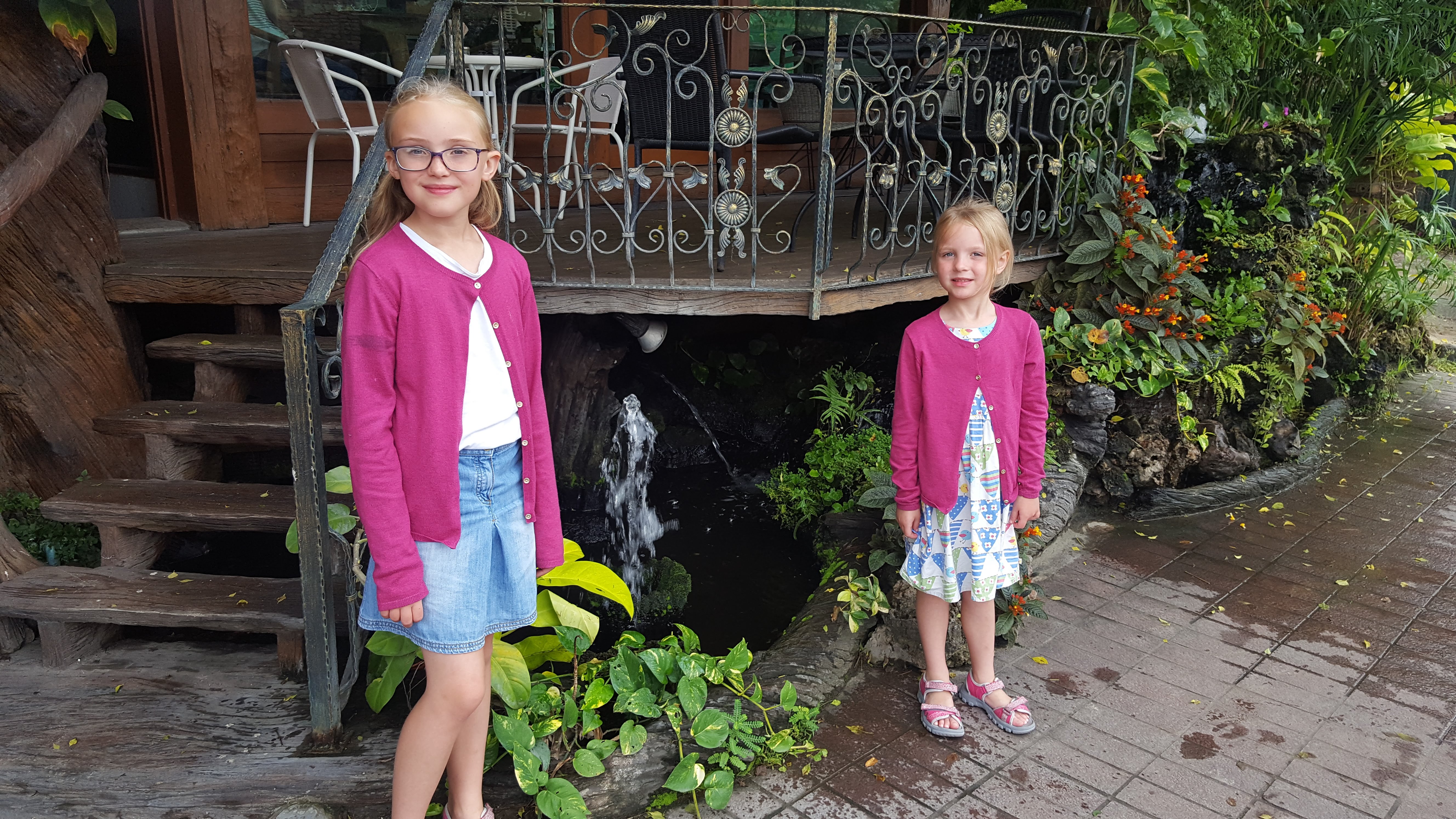 Refuelled we strolled on towards the northern city gate – Pratu Chang Phueak ready to explore the old city. Whilst the roads still seemed busy in Chiang Mai and you took your life in your hands crossing them, the actual city had a much more peaceful atmosphere, helped by the canal that surrounds the old city and has water fountains springing up around it. 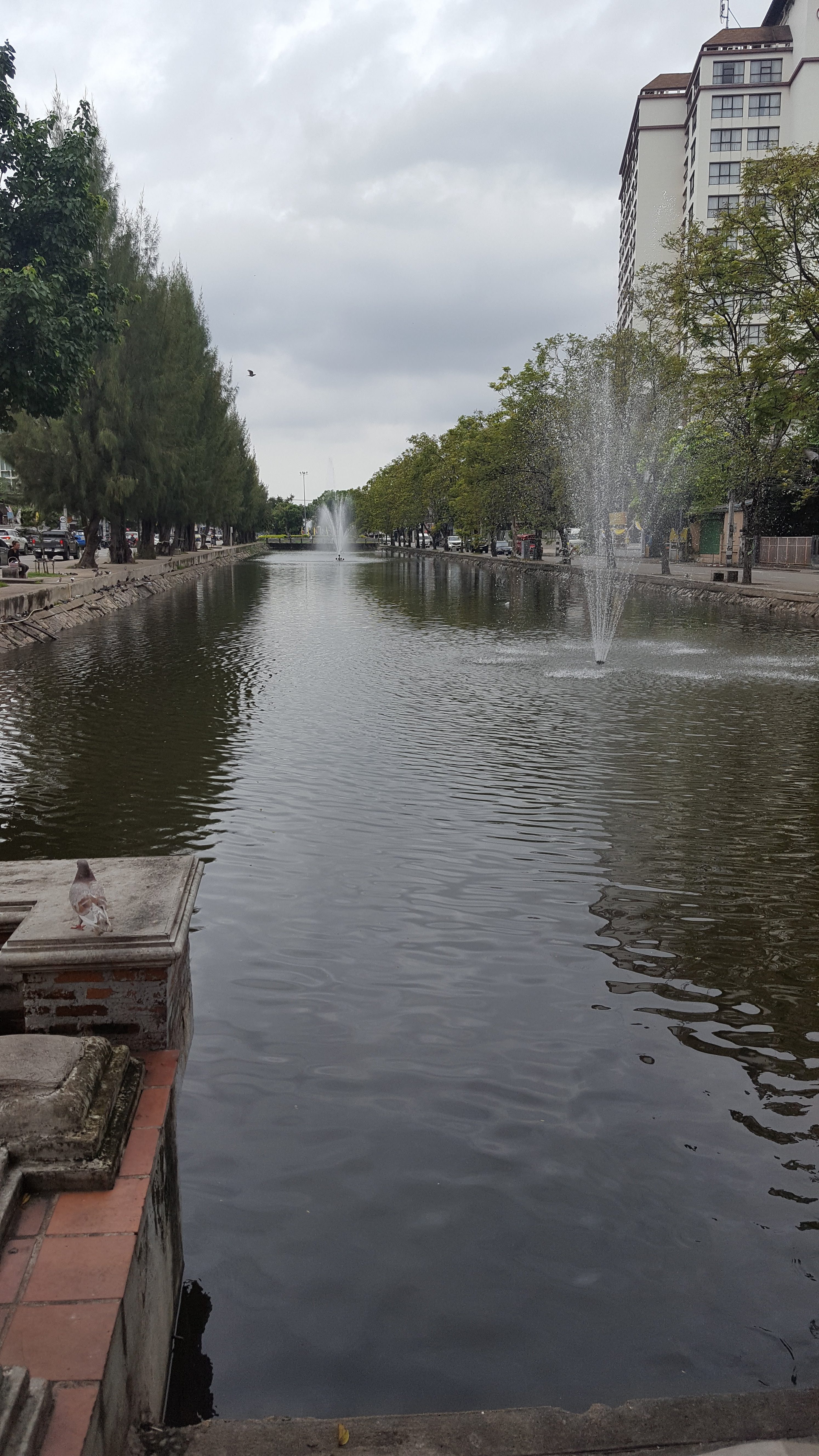 As we walked through the streets we are amazed by the number of cafes and coffee shops in such a small place.  Having been told that the 28th was the official celebration of King Maha Vajiralongkorn’s birthday, we had expected there to be more places closed but everywhere was still open, however, there were images of him and alters for Thai people to make offerings for him across the city.

We walked on making our way to the offices of Elephant Nature Park where we needed to check the arrangements for our trip the following day. As we were walking we paid a visit to Wat Phan Tao which was completely free to enter and yet another stunning Thai temple. 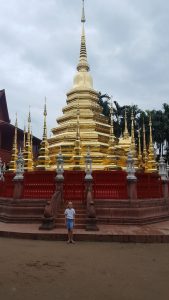 We wondered on and discovered a large bookshop where Sophie Bee got a small set of Thai/English books – however, I’m not sure that any of us will be able to pronounce the Thai!!

Once we had visited the Elephant Nature Park offices, we walked out of the old city via the Tha Phae Gate to the east. As we walked through this gate into the new city there was a large gathering of people celebrating the King’s Birthday.

We explored some shops here and got Molly Bee a new dress! After refuelling again at McDonalds of all places (it was time we found some food the girls would actually eat), we walked along the outside of the village gates and back towards our hotel. On the way, we explored the markets, brought some fresh vegetables, more clothes, tea bags and cards to send home. 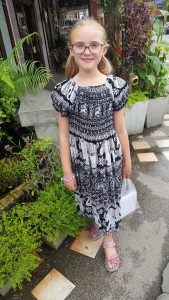 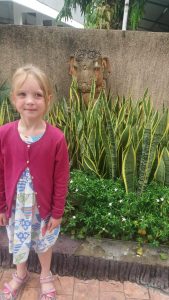 Posting with an animal statue 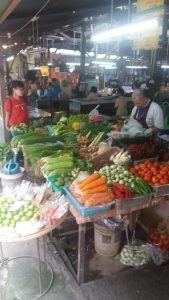 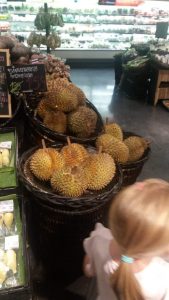 No one is brave enough for Durian fruit 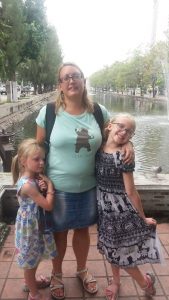 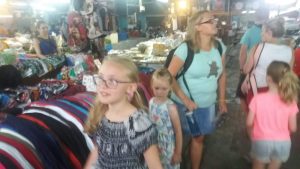 We also found some more painted Elephants and of course needed to stop for photos! 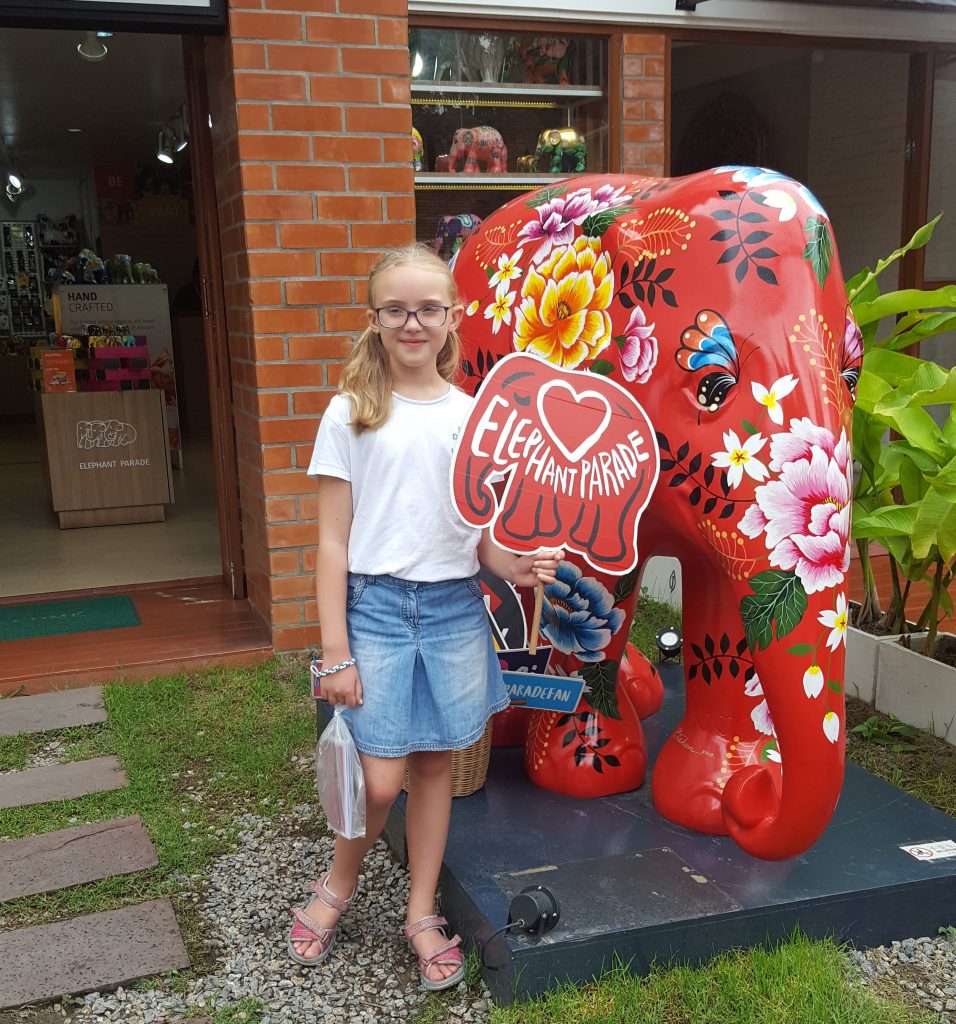 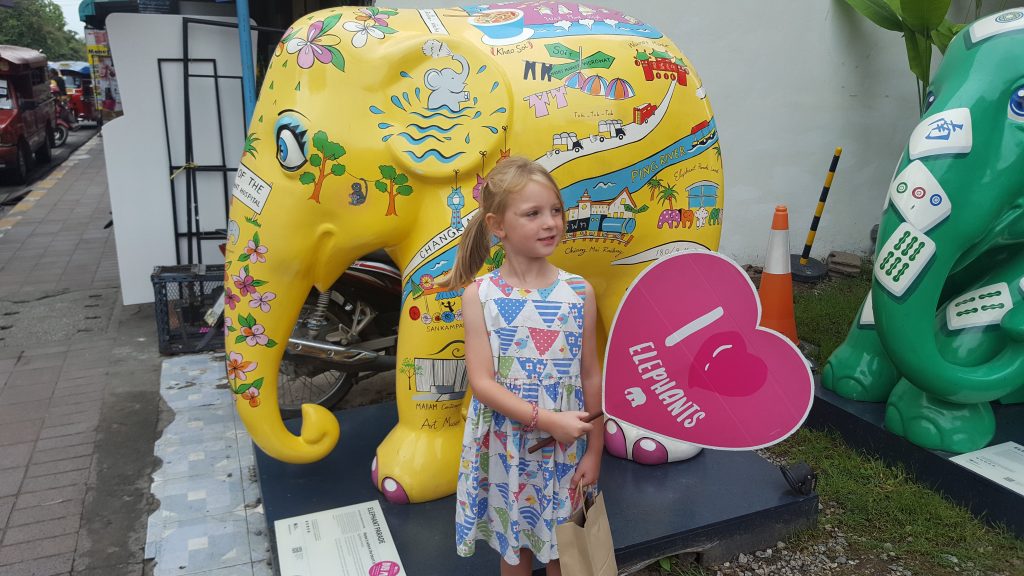 Back at the hotel we decided to go for a swim, however, the weather had other ideas and the heavens opened with monsoon rains – this is why you shouldn’t visit during rainy season!

We showered and dressed, then popped to the supermarket next to our hotel for water and snacks, before braving the weather armed with our very British raincoats and having dinner at a small Thai cafe near the city wall. 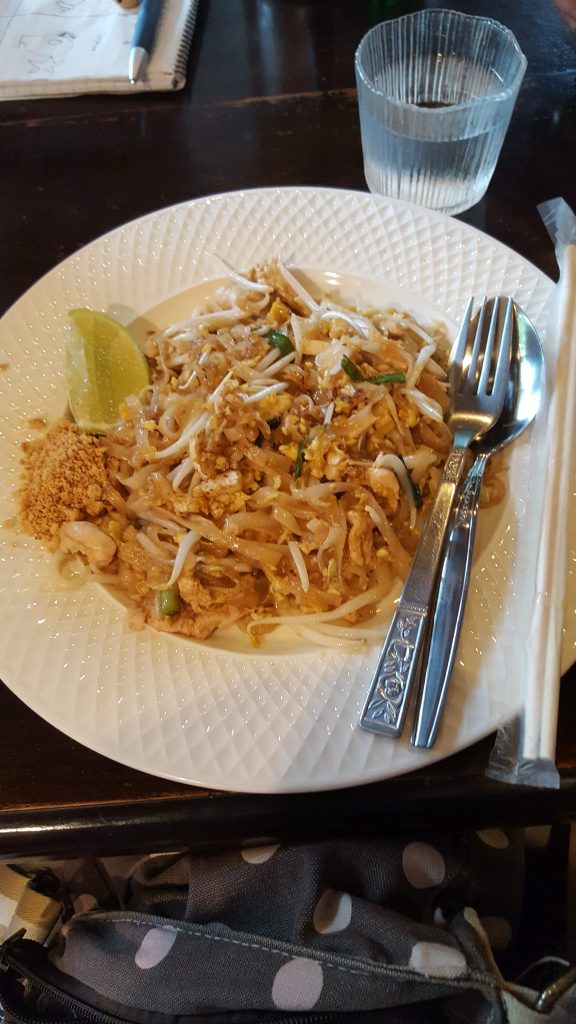 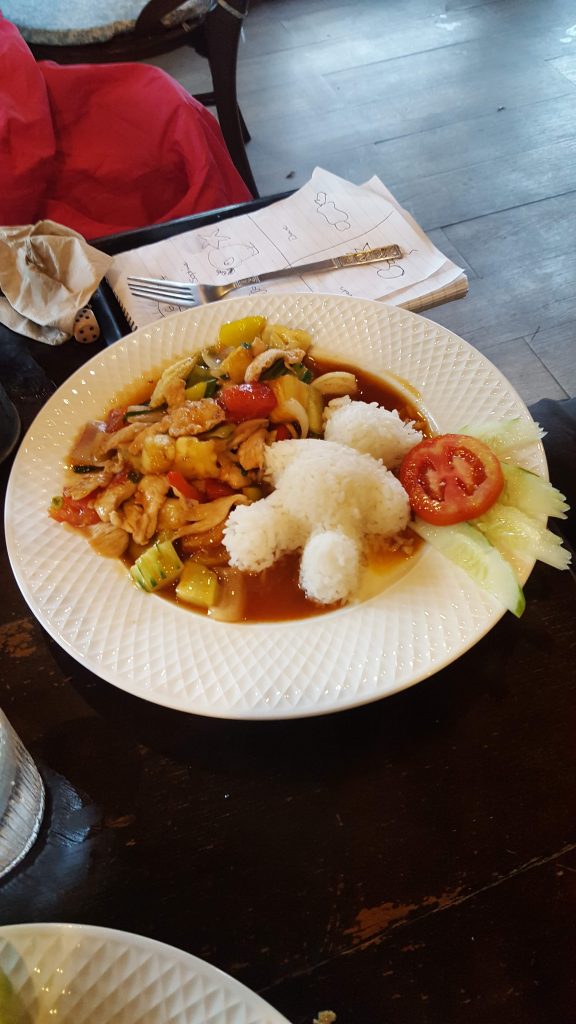 We all felt we would have liked longer to explore Chiang Mai and will definitely be returning, but for now it was time to sleep in the very big hotel bed for four! 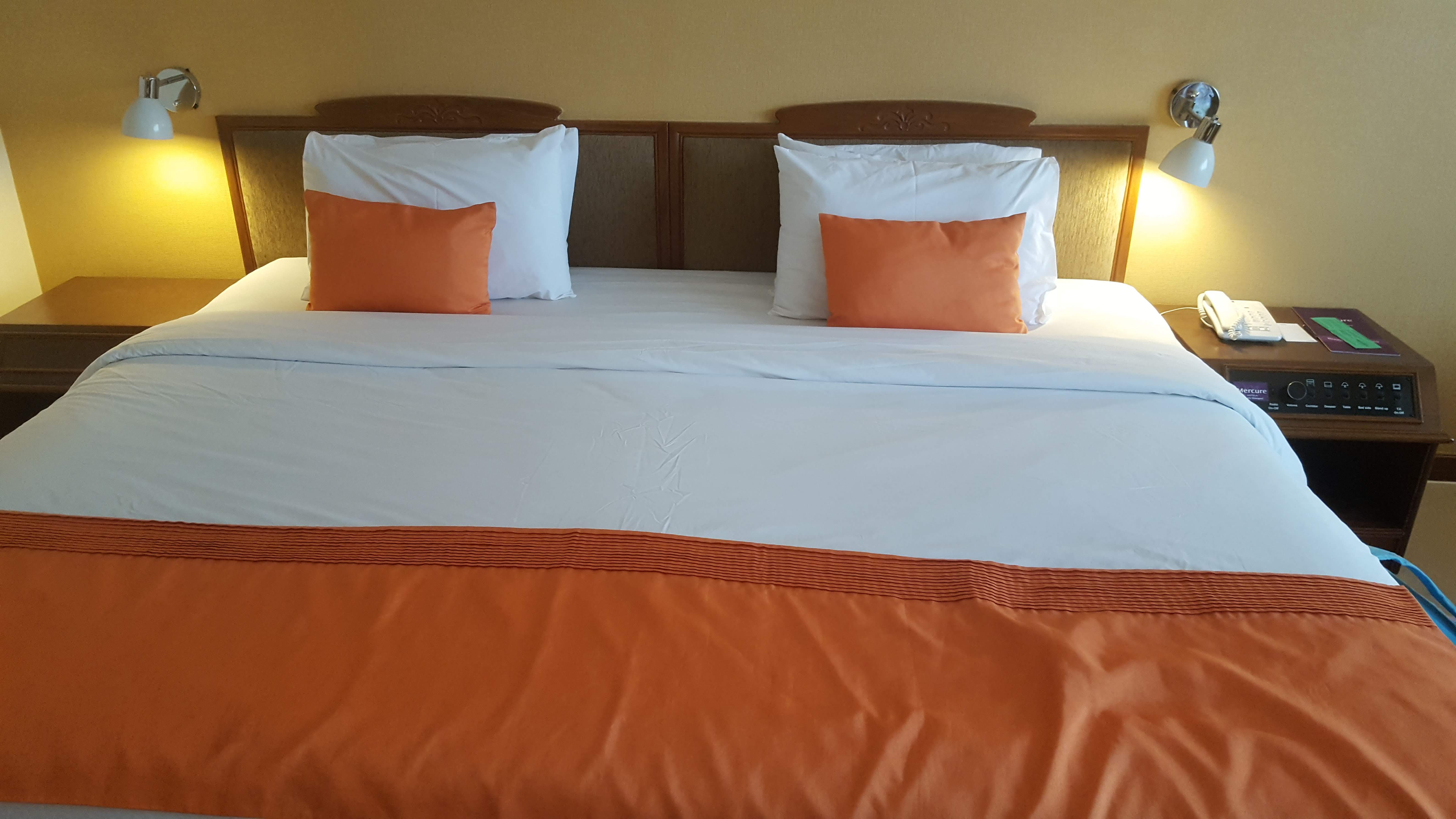