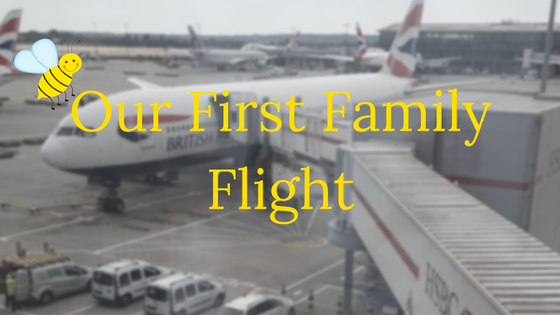 In true Banks style, rather than taking our children on a short haul flight, we went big and put them on an 11.5 hour flight through the night to get to our first destination Bangkok.

It wasn’t plain sailing as little Sophie Bee was diagnosed with tonsilitis the day before we were due to leave the UK and as well as negotiating trains and airports we also had to figure out how to keep her medicine cold for over 24 hours!

Our flight was leaving Heathrow at 4pm and we decided to take the train and tube down to the capital – another first as Sophie has never been to London (unless you count when Sarah was pregnant during the 2012 Olympics!). 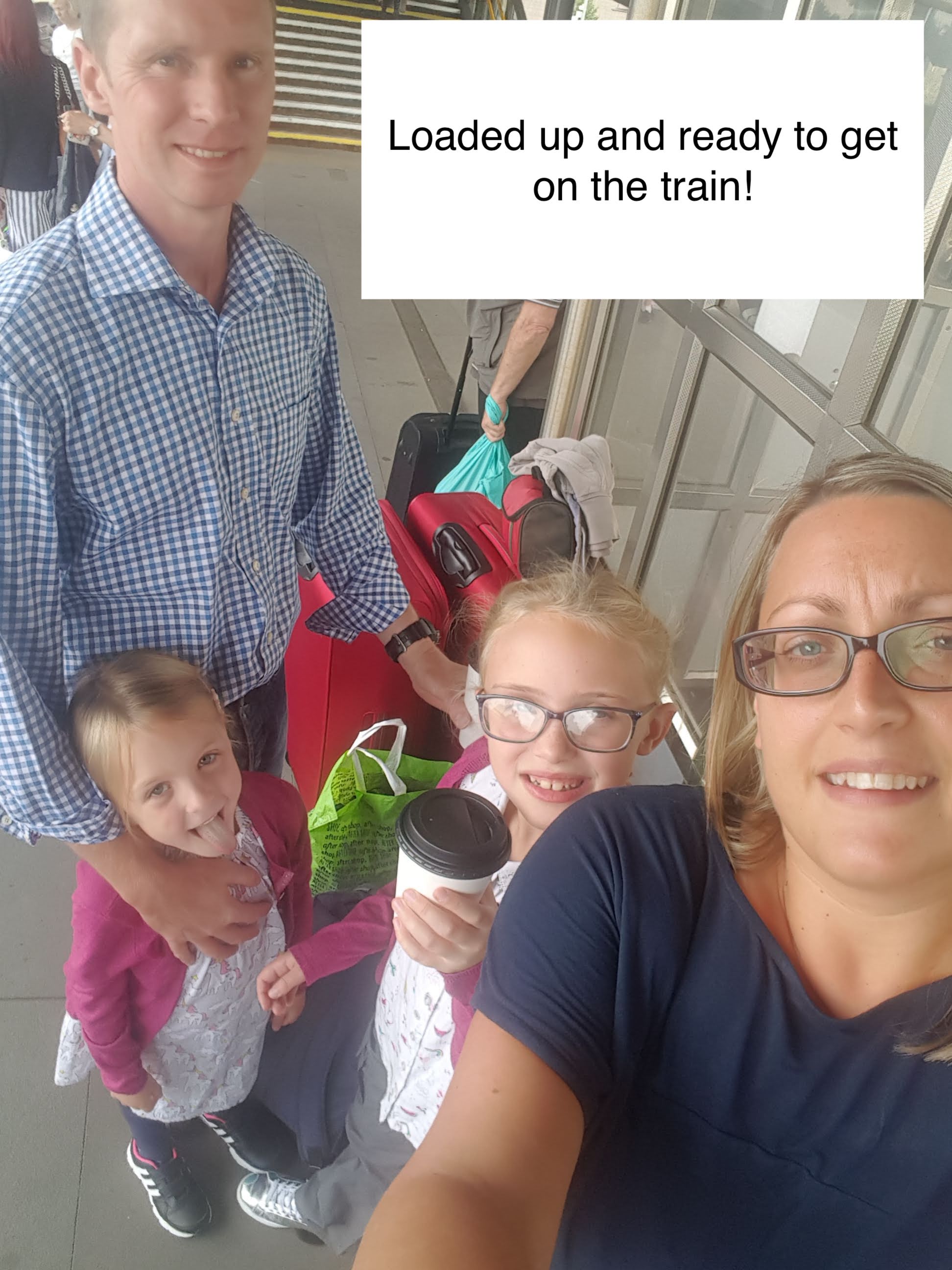 We spent the first leg of the journey decorating passport holders and completing the first pages of the girls travel journals. It’s amazing how quickly 1.5 hours on a train can go! We then had to negotiate St Pancras and find our way to the Piccadilly line to take us to Heathrow. We hadn’t quite thought things through as far as packing went as two big suitcases are not ideal for the escalators on the tube! However we only nearly lost Sophie Bee and managing to get everyone safely onto the hot tube (why did we decide to do this in the first heatwave the UK has seen in years!)

An hour later after playing a game of who could see the sky first, we arrived at Heathrow. Now it was time to figure out how to get ourselves checked in and ready for the off!

Having not flown for 10 years we had no idea what to expect at Heathrow, but we have to say we were pleasantly surprised. At Terminal 5, the BA crew have free story books for the children and free glitter tattoos/paints for their arms. This was a great way to entertain the girls whilst we checked our bags, emptied what was left of our water and made sure we didn’t have anything that wouldn’t pass security with us. 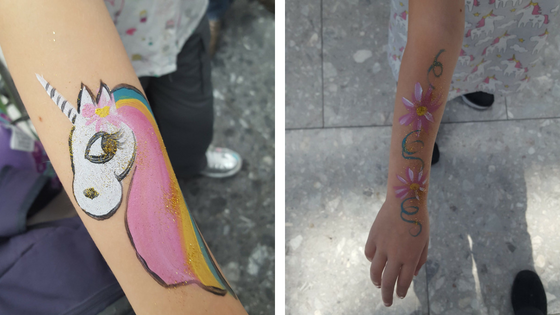 We then headed through security and it went surprisingly well. All electrical devices were fine, Dave Bee forgot about his liquids and no one seemed to notice and we just had to have the medicine checked out. We were all ready for some food and a rest after this first journey so headed to Giraffe – the staff here very kindly refilled our water bottles for us. There is a water fountain at Terminal 5 but it is incredibly slow and has big queues, so if you eat anywhere just ask them to fill your bottle for you. 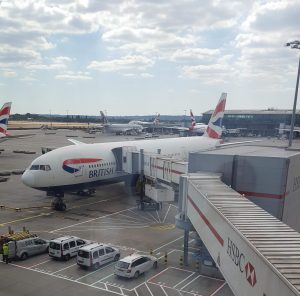 We found out seats and boarded quickly, the girls were on one side by the window and Daddy Bee was over the aisle making new friends. Everyone was excited and a little nervous, as we taxied down the runway there was a lot of ‘are we in the air yet’ from both little Bees. Then as we sped up Molly Bee got the giggles, which started us all off and before we knew it we were in the air and on our way.

Sophie Bee was desperate for the entertainment to start working, but then decided she didn’t like the headphones and played on her tablet instead! Time seemed to pass quickly with trips to the toilet, snacks and drinks as we rose above the clouds and onwards towards Bangkok.

We were impressed by the meals, children were served first and adults later on, however with being under the weather Sophie wasn’t sure about eating and spent most of the flight sleeping on and off.

At around midnight we were flying over India when Molly Bee woke up and opened the blind, the view above the clouds was amazing… 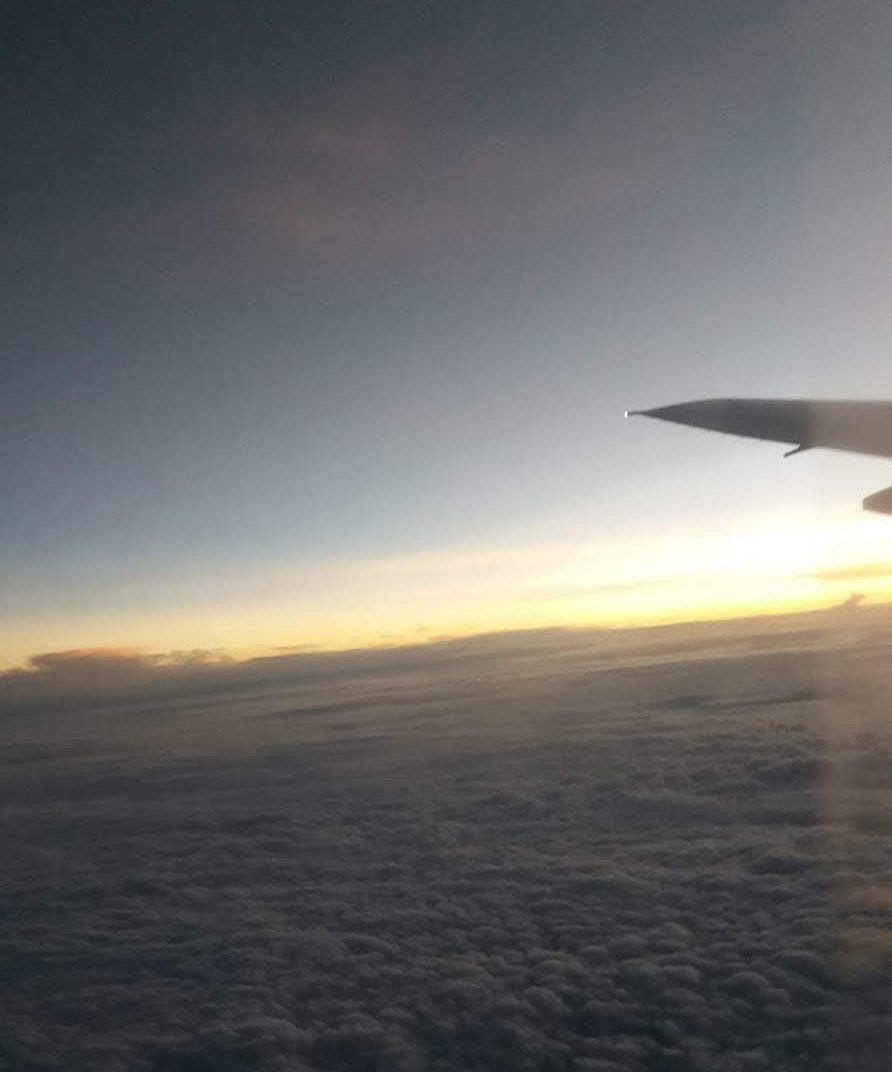 Molly Bee was on countdown from 2 hours to arrival and she was getting more and more excited – how she ate her breakfast we will never know! As we started to descend, we got some sweets out to help with the ear popping, but both girls coped really well. Sarah Bee seemed to suffer the most!

Touchdown went without a hitch and we taxied along the runway in Bangkok with the girls looking at the new sights in awe.

Given it was 3.30am UK time, everyone was surprisingly awake!

We successfully negotiated security and baggage collection and then after a false start (the taxi was too small for our luggage), we found a taxi to take us on the hours’ journey to our hotel.