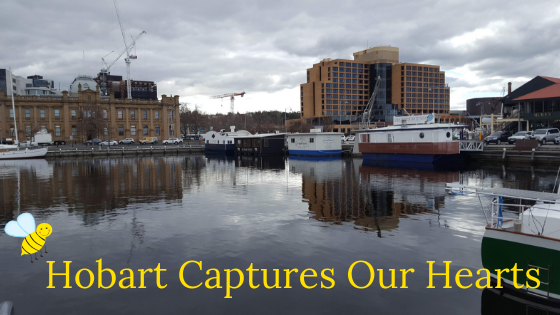 Having spent the last two weeks driving around Tasmania, we ended our trip with 3 nights in it’s ‘capital’ Hobart. This coastal city in the south of the country is nothing like any other city we have been too. Those that know us well, will tell you we are not city lovers, and whilst we live between Derby and Nottingham, you will rarely see us out and about in either city centre.

Why we choose to have 3 nights in Hobart we aren’t sure, but one thing is for certain we are so glad we did as it was amazing!

We had planned our time in Hobart around the one thing we just ‘had’ to do – the Salamanca Market – this market runs every Saturday and transforms an area near the harbour into a bustling centre of crafts, clothes, artisan foods and treats. It is ‘the’ place to come rain or shine!

Parking at our motel we walked in the direction of the market, and after a short detour up a steep hill, we found a playground for the girls. After a short stop, we headed back down the hill to find that the market was awaiting us at the bottom. 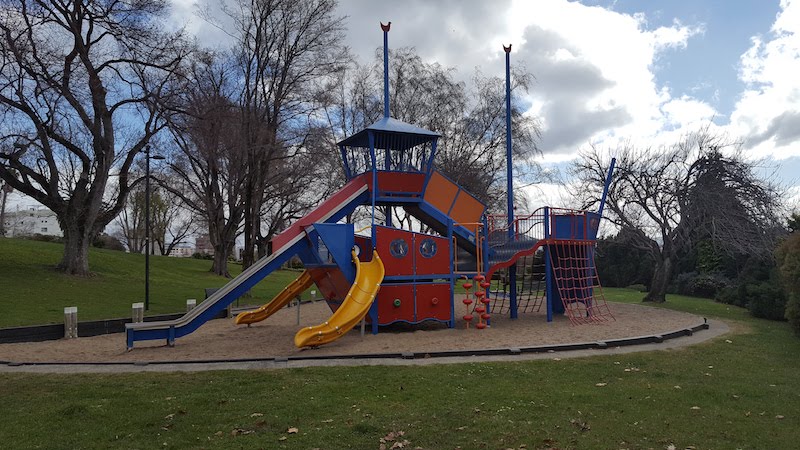 Within minutes we were purchasing our first delicacy of tempura mushrooms, this was soon followed by dosa’s, chickpea chat and mini pancakes. There were buskers entertaining everyone with fantastic music and so many stalls we were all overwhelmed! This was not like your usual Saturday market in our hometown of Ilkeston! 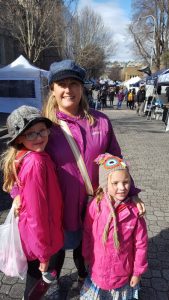 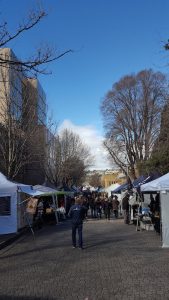 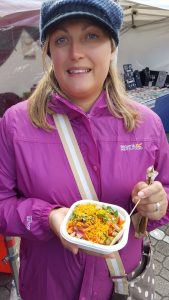 We walked back to our hotel in Sandy Bay via the historic streets of Battery Point, where every other house was in the colonial style with Sarah bees much-loved porches.

The next day in between showers we explored the city briefly on an emergency clothes shop as Molly bee had grown again! As we headed over to the harbour we saw the line of floating fish and chip shops. We had been told about these before we arrived and were not disappointed. 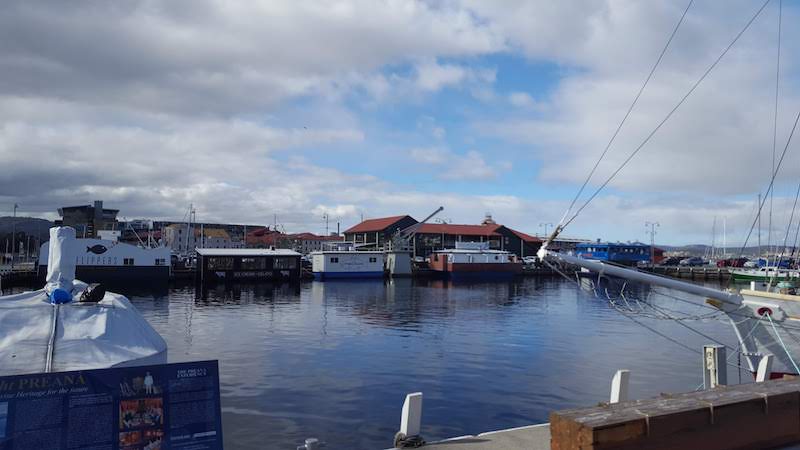 It turned out that Sunday 2 September is father’s day in Australia, so the girls and Dave headed off to the floating ice cream parlour where ‘dads go free’ and Sarah went to get herself a fishy taster – scallops, prawns, calamari and a lot more than expected! 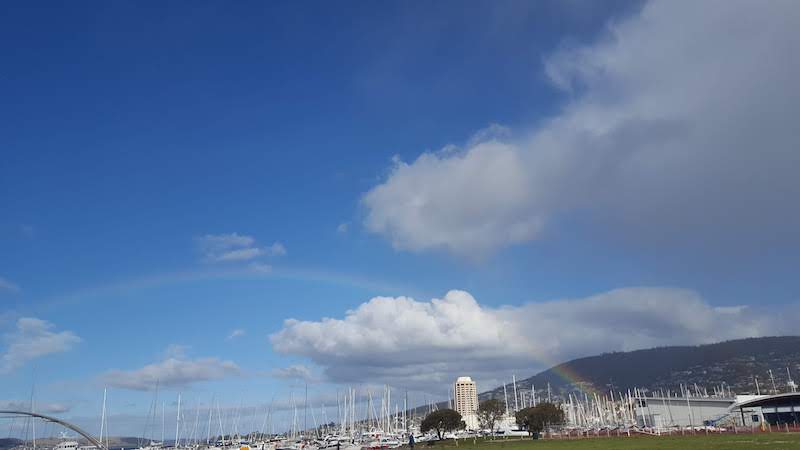 After a short play in the park near our motel we headed back for a rest as it seemed unlike in the UK everywhere closes at lunchtime on Sundays.

We had heard lots of good things about the museum in Hobart – TMAG and had promised the girls a trip here on our last day. Unfortunately, this wasn’t meant to be as we had failed to read the opening hours properly and it was closed on Monday’s! However we didn’t let this spoil our day, after colouring at the tourist information centre, we walked around the pier where we found a fantastic coffee shop right at the end so we could look out at the boats. We played chess in Salamanca Square, played on the park, acquired some more scallops from the floating fish ship and learnt about art in the library. 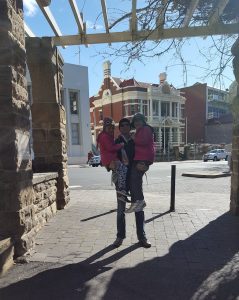 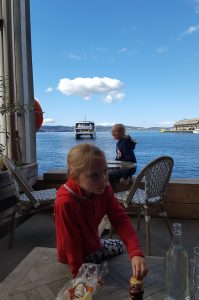 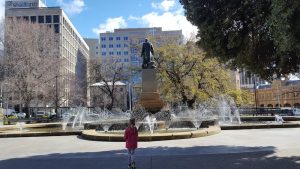 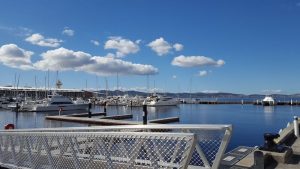 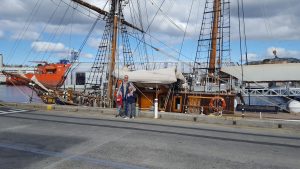 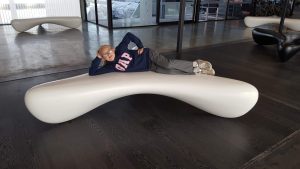 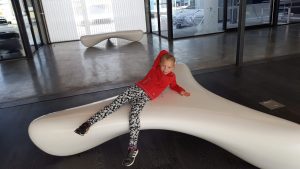 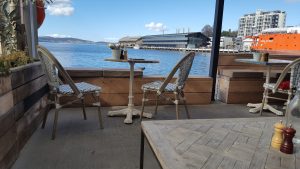 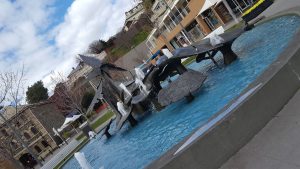 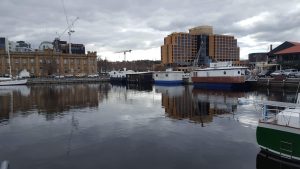 Over 3 nights we fell in love with Hobart, a funky little town in the shadow of Mount Wellington with a stunning harbour. There was so much we didn’t see or do and it is definitely on our must return to list, if for nothing else than to kayak from Sandy Bay to the floating chip shops which sounds amazing!