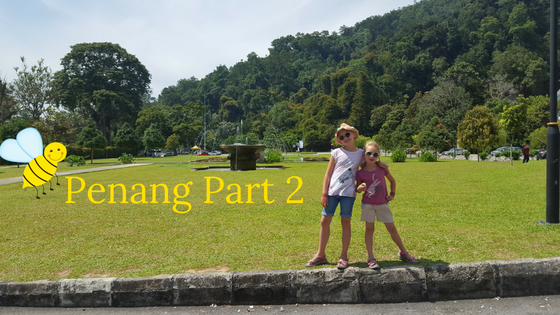 Having thoroughly explored Georgetown we decided it was time to try the local buses and give the girls a fun day out. With our budget in mind we decided to head to the Botanical gardens that had been advertised as a great free day out, so we searched the bus terminal, quickly found the one we wanted and paid 5 RM (1 whole £) to get across Penang!

The bus was comfortable and we saw a great deal of the suburbs of Georgetown as we headed to the park – one thing that really stuck out for us was the number of religious buildings down one street – so many different faiths all next to each other – something you wouldn’t see back home!

These gardens were created by the British in the 1800’s and you can see the influence in the way they have been designed. We had a great walk around the park and especially loved observing the monkeys which whilst quite tame were also quite aggressive with each other and in protecting their young so we watched from a distance! 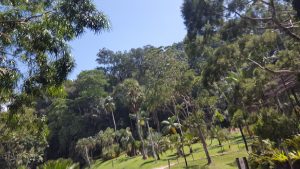 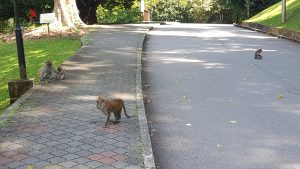 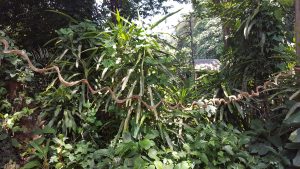 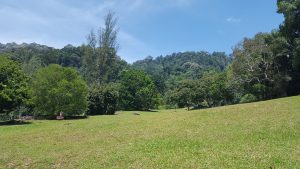 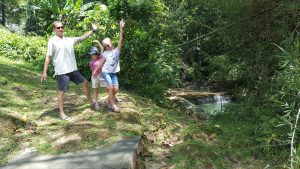 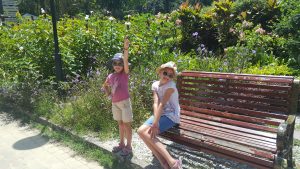 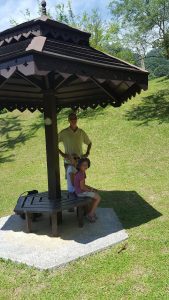 We had a lovely 20-minute walk around the park, taking in all the sights, waterfalls and monkeys. You could easily spend longer here but the girls were keen to get to the main attraction of the day!

Also known as Penang Youth Park, this park is only a short walk from the Botanic Gardens (however relying on a downloaded google map and having not really looked at the walking route properly before we set off we did a 30-minute detour and entered the park at the opposite end!).

Once inside we found the first play area which is the accessible one opposite what we think is a government building. We decided to stop here for food before exploring further and finding where we were actually meant to be. After a trip to the toilet, a friendly man directed us to the main park and we had another 15 minute walk!

Once there we weren’t disappointed – we spotted a small play area (which was very hot) and a great paddling pool. The girls were soon changed and cooling off whilst Sarah went to look for a cafe to get drinks. Whilst exploring she discovered a further two pool areas which were much bigger than the first, as well as further play areas, toilets, and the all important cafe!

Over two hours was spent playing in the pools, relaxing and enjoying cold drinks and ice creams (at £1 an ice cream you have to have at least 3 each!). 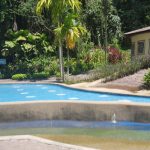 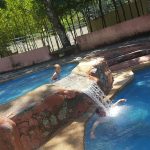 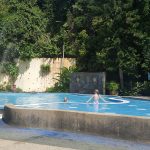 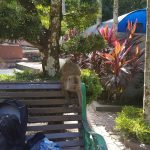 We were all very impressed by this fantastic free facility which was built into a tropical wilderness and it provided a much needed playday for the girls.

As time moved on we realised we needed to figure out how to get out of the park and back to the bus stop to get back to Georgetown. We decided to follow the road out that the cars seemed to be taking and found ourselves less than 5 minutes down the road from the Botanic Gardens! The universe was looking after us as we got to the bus stop to find a bus waiting for us and we headed back to Georgetown for more amazing food before heading to bed for the evening.

Our last day in Penang

We had one last attraction to see in Penang – the Clan Jetties. These are a series of jetties along the coastline that are occupied by the Chinese clans and have been here since the early 19th century. As we walked along the main jetty we saw a number of signs asking for photographs not to be taken and we slowly began to realise that people actually lived here! 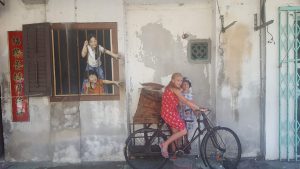 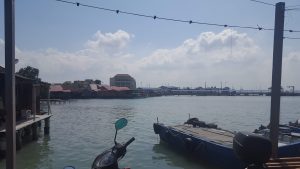 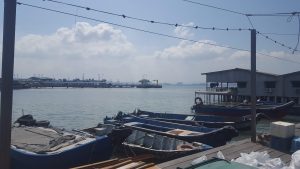 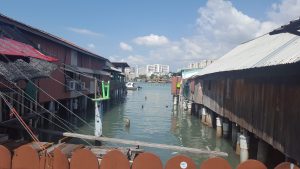 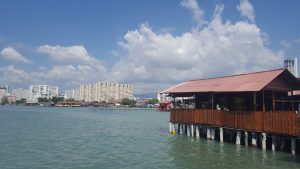 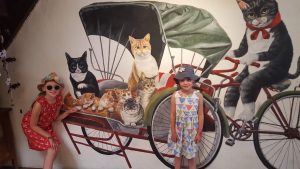 The jetties are an amazing series of homes and walkways on stilts over the sea, with a number of now motorized traditional looking boats at the end! The main jetties now feature shops in the front of many of the houses, as well as a number with just one member of the household, sat outside with a small table of goods to sell! Durian flavoured ice cream, crepes and drinks seemed to be aa popular optionfor these traders as well as all manner of typical seaside tourist products! What surprised us was that so many shops had the same things on sale so we aren’t quite sure how they make any money!

Once again Penang gives us another amazing experience and a glimpse into it’s cultural history.