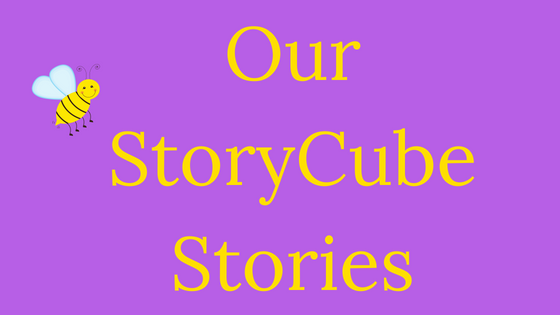 Today we spent time on the beach, it was very hot and during some quiet time in the shade (whilst Daddy bee was having a relaxing massage) we used the story cubes to create stories, here are the stories we wrote. We aren’t looking for prizes for novel writing here but wanted to share what you can come up with 12 random images on dice and 10-15 minutes of creativity!

Our first shake of the dice revealed the following images… 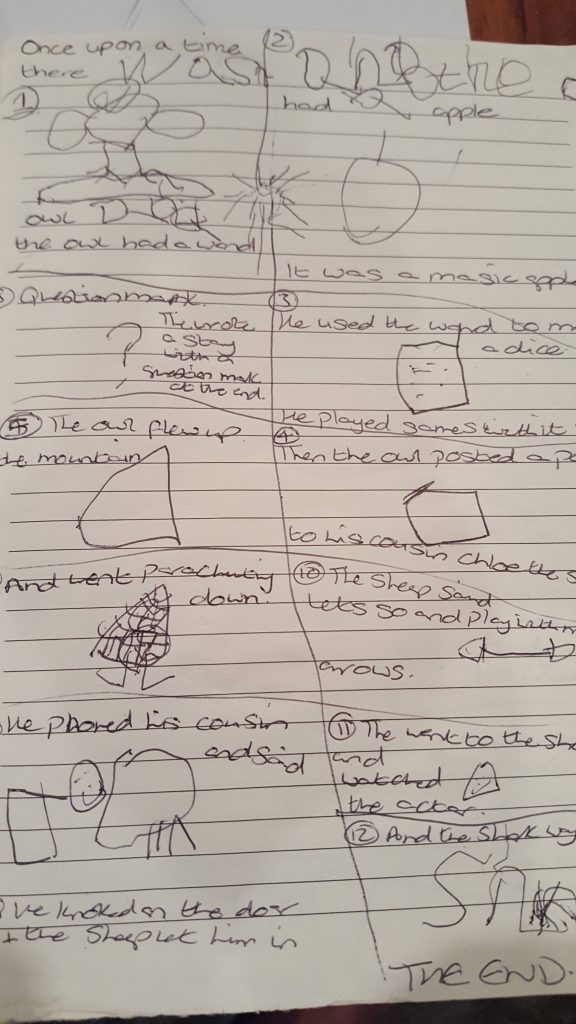 As she is only 5 Sophie draws her story and then has help with the writing.

Once upon a time there was a owl. The owl had a wand.

And the owl had a apple. It was a magic apple.

He used the want to make a dice. He played games with it.

Then the owl posted a postcard to his cousin Chloe the sheep.

The owl flew up the mountain. And parachuted down.

He knocked on the door and the sheep let him in.

The sheep said lets go and play with my arrows.

They went to the show and watched the actor.

And the shark was crying.

Once upon a time, not so long ago. There was a famous playwriter and magician, his name was Charles Buscame. Now one day Charles decided he wanted to parachute off a plane and land in California to write his newest performance.

So he got a ticket and left the next day. On his way, he saw a lot of fields of sheep. It was way better when he landed. He saw a mysterious actor on the island and asked her to join his show. She said yes. His show rehearsals were amazing the woman couldn’t be harmed. On the next day, Charles magiced up poisonousus apple, an arrow, a shark and a volcano. None of them hurt the woman actor her name was Saffire. Saffire told Charles she had a charm that looked like a dice which made her undefeatable. Charles and Saffire got married and became worldwide famous actors.

As I was planning my trip to the mountain of smoke, as dice appeared at my feet. I had no idea where it has come from.

I went to the theatre that evening and found a postcard telling me to parachute onto the mountain and roll the dice.

The next day I flew to the mountain and found a pilot who would let me parachute. With just my dice, an apple and an arrow to hunt for food, I jumped from the plane and landing next to a sheep.

I took out the dice and rolled it. As I rolled it the sheep produced a magic wand which it waved. The green mountain started to change to the colours of the rainbow and it ended blue as the sea. A pool appeared and sharks were jumping from it.

The sheep told me to shake the dice again and a wise owl appeared, who flew down to my shoulder and asked me a question.

That question changed my life and I have never returned home. I can’t share the question here but the dice will go to the next person who needs it and they too will learn the question.

Our second shake of the dice revealed the following images…

When I was young, I went to a show. I watched an amazing actor perform, that show gave me courage. Thanks to that show I had the courage to unlock a door to a magic garden. The first thing I saw was a rainbow, at the end of the rainbow was an L sign, I looked around and saw a big acorn tree. Under that tree was a crocodile and a bee hive, there was a no feeding sign in the front. Soon the sunset and the moon rise, I was so tired but happy. In the morning I decided to stay there forever. I skipped off happily into the sunrise. 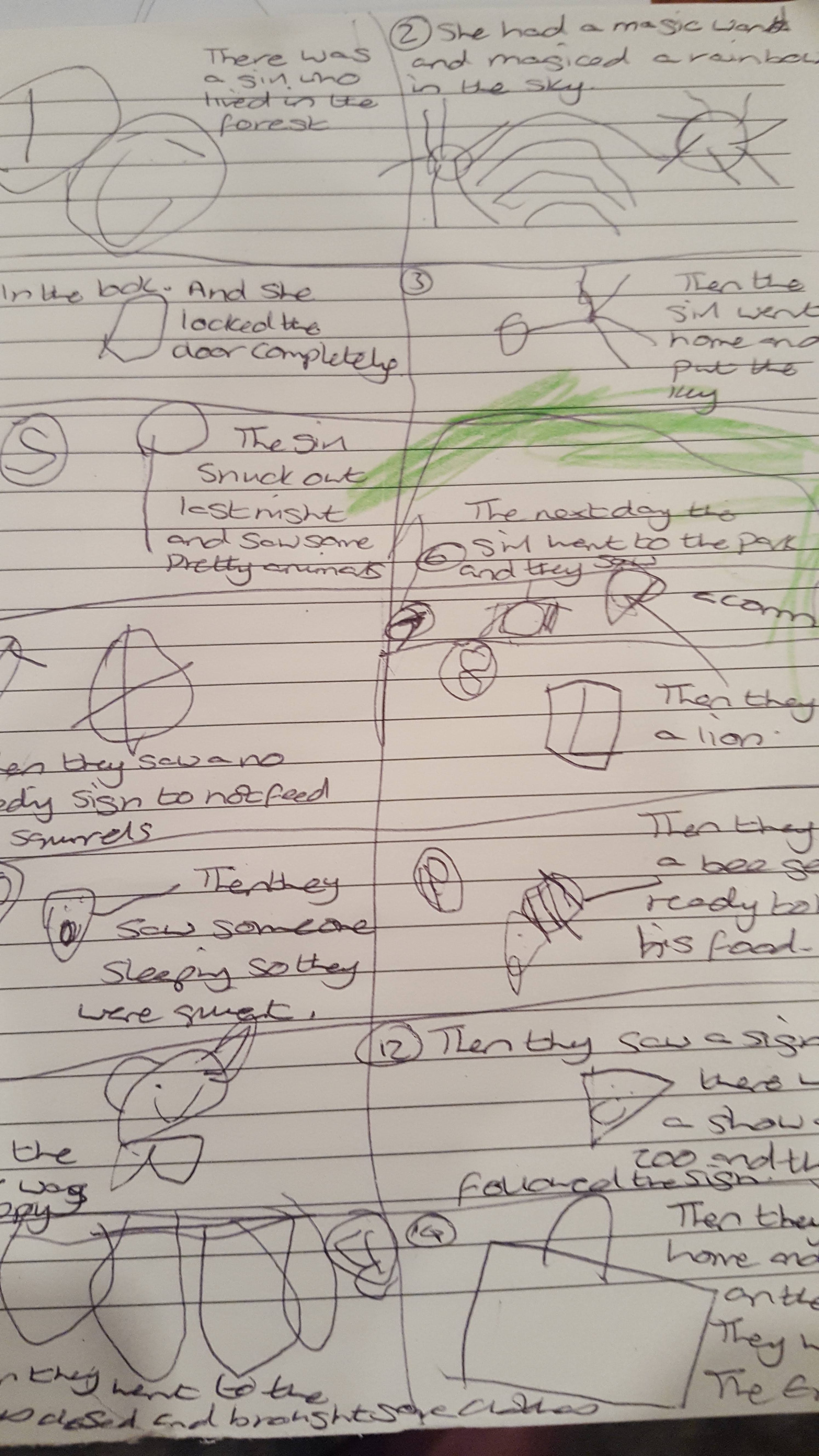 There was a girl who lived in the forest.

She had a magic wand and magiced a rainbow in the sky.

Then the girl went home and put the key in the lock. And she locked the door completely.

The girl snuck out last night with her magnifying glass and saw some pretty animals.

The next day the girl went to the park and they saw a acorn.

Then they saw a no feeding sign to not feed the squirels.

Then they saw a lion.

Then they saw a bee getting ready to have his food.

Then they saw someone sleeping so they were quiet.

Then the bear was happy.

Then they saw a sign that there was a show at the zoo and they following the sign.

Then they went to the clothes shop and brought some clothes.

Then they went home and knocked on the door. They went inside.