The Reality Of Travelling 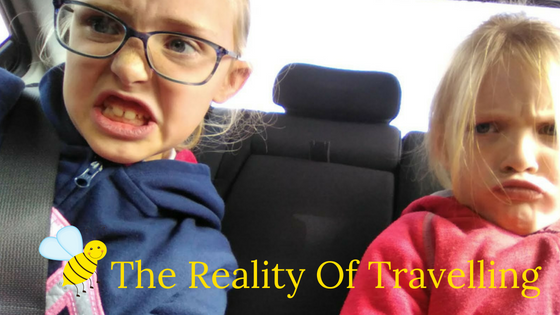 We’ve kept this blog positive so far with all the experiences we have been having, however, we also wanted to write a bit about some of the challenges. So often on social media, everything is ‘rose-tinted’ and it is important to show the good, the bad and the ugly! Here it is then, our top 6 challenges so far!

Do not underestimate the mosquitos, ants, and goodness knows what other creatures in Asia. We had prepared with mosquito bands, essential oils, locally brought bug spray (which is what was highly recommended) and Deet, but even with all of this, we were all bitten. Dave and the girls got off lightly with just a couple of bites here and there, but Sarah (as expected really – she can get bitten in winter at home) was bitten so many times!

You don’t even see the little terrors and have no idea you have been bitten until 2 days later when you get the telltale red marks and the itching starts.

Now we have to admit, it was partly our own fault as there were some days when we didn’t apply all of the prevention measures, however, we were sensible and ensured we were covered/sprayed at dusk/dawn but they still found that one spot that we’d missed.

Bites made us (particularly Sarah) miserable! Thankfully with a combination of Silver Shield, Aloe Vera Gel and Tiger Balm we were able to soothe them and we’ve had no ill effects.

If you are traveling to Asia be aware that you will most likely be bitten and make sure you have plenty of things to soothe the bites with.

At home, we eat a varied diet, but over the last 12 months, the children have become increasingly fussy. We always knew food would be a challenge particularly in Asia but we never quite imagined how much of a challenge, here are just a few of the things that we have discovered about eating in Asia:

I’m sure all the parents can relate to this, tiredness makes you grumpy! Throw being together 24/7 into the mix and there are times when you can be downright horrible to each other for no reason whatsoever!

That has happened to us several times, whilst our girls are generally good sleepers, we have had some unsettled nights (which we put down to moving around so much) and these have led to a lot of grumpiness!

The worst has to be our arrival in Sydney – we had left our apartment in Kuala Lumpur at 8am, flew to Bangkok, then onto Sydney and arrived in Sydney at 6.30am local time. During the flight Sophie slept for a good 5 hours, the rest of us not so much – Molly bee was wide awake the whole time and whilst Sarah managed half an hours sleep she was woken by a stewardess trying to pass over a meal for Sophie. This combined with Molly spilling a cup of tea all down her only set of clothes 2 hours before landing resulted in a lot of grumbling from both parents! Then we got off the flight and found that the queue for immigration was 1 hour long and reached the duty free shop – that airport is so badly set up!! Not a great day and we still had another flight before we reached Hobart!

As much as we all love each other, none of us are used to being together for so long. We do go on holiday every year for up to 2 weeks usually but even during that time we see friends – our usual destination in North Wales is like being at home as so many people we know go there as well! Being together all the time is tough, no one has their own space when you are travelling, especially when you move on every few days – or as in Tasmania we are living out of a car. This brings up extra challenges and arguments. Sarah has to admit she has the better deal here as she is still working and so there have been times that Dave and the girls have gone out and she is left alone!

We’ve been away for 5 weeks now and there are little niggles in all of us! I’m sure we will have an update on this as we swop our car for a motorhome in New Zealand and have even less space!

Now don’t get us wrong, our girls are amazing and have settled into the travelling life so well, but just so no one thinks they are angels, they deserve their own special mention here. Like all siblings, they wind each other up, bicker and have tantrums. Some of these have been epic on this trip – for example pulling over at the side of the road to see a gorgeous beach in Tasmania and Sophie cries for 10 minutes as she doesn’t want to get out of the car! Or Molly finding a new programme on Australian telly and missing it one day as we were out having fun!

Yes, typical family life still happens on the road and we wouldn’t change it for the world as it lets us know that our girls are still themselves and is all part of being small, but sometimes it grates!

We are very sociable at home and therefore being away from friends for so long has been hard. We do have Whatsapp, email, and Facebook to keep in touch but it isn’t the same as seeing friends in person, spending an evening with good food and wine and chatting about life. We feel quite detached from our friends lives at the moment and especially now as we know the reality of back to school is happening at home. When our local schools go back we will be flying out to New Zealand, Dave will miss the first day with a new class and Sarah will miss the chatter with the Mums at the school gate about the Summer. The girls are also missing the start of a new school year and the return to their varied activities, they have both been sending messages to friends but it’s not easy being so far away.

There you have it a bit of a reality check, but just so no one thinks we aren’t having fun, here we all our on a gorgeous beach in Tasmania. 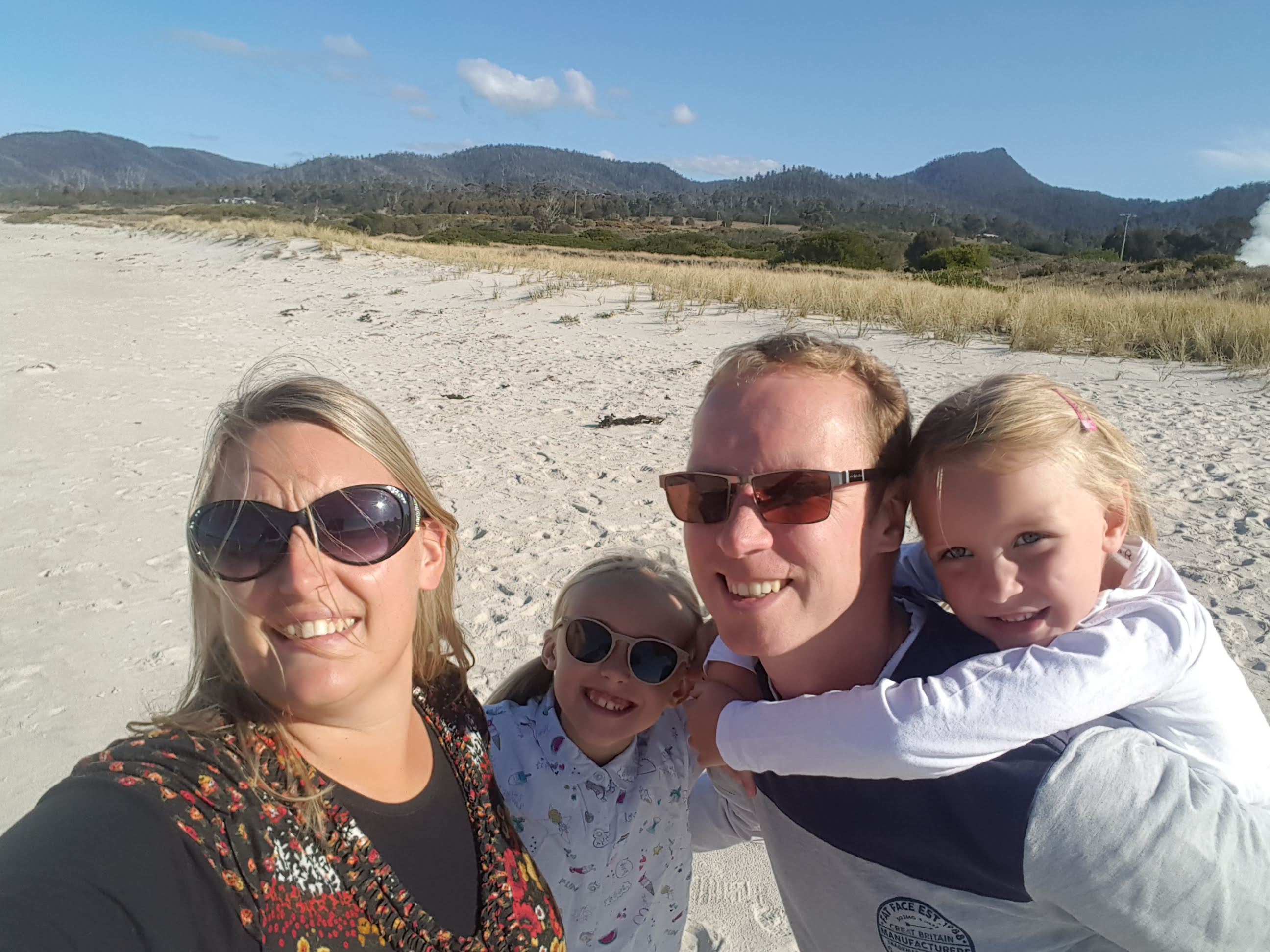 As far as anyone knows we are a really happy travelling family!!!