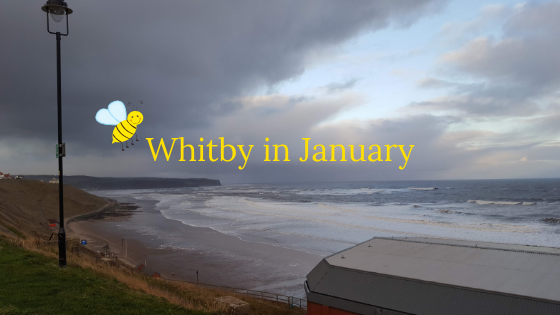 For those that don’t know Whitby is a traditional Victorian seaside town in Yorkshire, most known for its stunning abbey.

As we were all craving a view of the sea, we decided that it would be nice to take a break here as it is one of the closest seaside towns to our home in Derbyshire.

Daddy bee has been here before, so he was in charge of driving and thinking about what we would do – however we didn’t really make any definite plans as we knew the weather would be unpredictable. 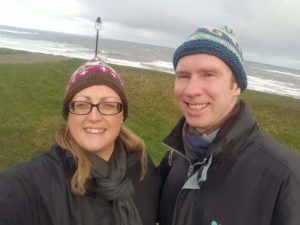 After researching accommodation we booked The Esplanade Hotel via Expedia and experienced a lovely Victorian hotel over 5 floors with everything we needed. There was even a seagull outside our window in the morning!!

In true Banks family style, we set off at the crack of dawn to maximise our time in Whitby. The girls were lifted out of bed at 5.30am in their PJs and we set off hoping to avoid the back to work traffic and planning to get breakfast on the way. Driving over the moors as the sun came up was stunning and the landscape reminded us of the Desert Road we drove along in the North Island of New Zealand last year. In fact, the two have further similarities in that there are military bases on both.

As we were making good time we decided we would get breakfast in Whitby and after parking up to get our first glimpse of the sea, we headed into town to the funky Cranberry Swamp for breakfast where the girls were able to get pancakes and bacon sandwiches, whilst we had eggs. We would highly recommend this place as it has a range of options, including gluten-free and vegan for those with special dietary requirements. (As Mummy bee was taking part in Veganuary she was trying to eat as close to this as possible and had her first almond latte here!).

Having decided that the weather may be slightly too cold for a swim – we are used to the Irish Sea and this was definitely not as warm!! We explored the streets of Whitby and looked in the many shops. The girls were delighted to find an arcade and candy floss stalls – something they are not used to on the Llyn Peninsula where we spend most of our UK holidays.

After walking back up towards our hotel, we explored the Whale Bone Arch as well as the bombardment memorial on the West Cliff. Both girls were really interested in the history behind these two very different sites. 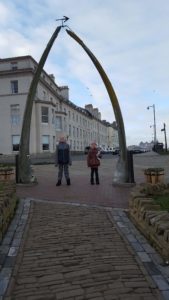 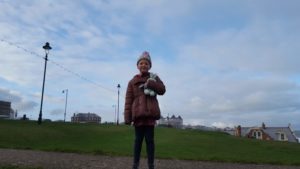 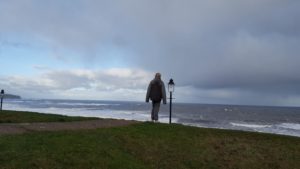 As the rain started to fall we checked into our hotel and everyone relaxed with a board game whilst Sarah did a bit of work.

We headed out again in the late afternoon, and spent a good 20 minutes in the RNLI Whitby Museum – for two girls who have never been that interested in the RNLI before, both had a lot of questions and we learnt a lot about the amazing work of the RNLI in the late 1800s.

Walking back along Pier Road, we found the arcades once more and both girls had fun on the slot machines before we headed for a family game of crazy golf.

We then crossed the swing bridge to the other side of town and had dinner at Robertsons Fish and Chip Restaurant.

After a filling breakfast, we headed out to see the Abbey, sadly it was closed for refurbishment when we were in Whitby but we still wanted to walk up to it and take in the views. We headed up via a different set of steps and across to St Mary’s Church before walking up to the Abbey walls. 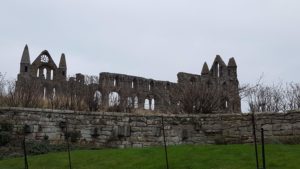 It was then time to walk down and count the famous steps – Molly got 198 which isn’t far off! 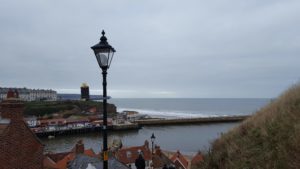 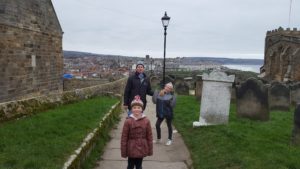 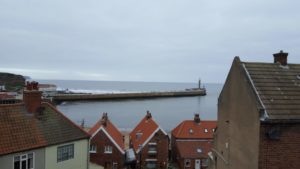 After refueling with hot chocolate for the girls and a lemon top for Daddy, we explored the old pier and had pasties for lunch before heading back to the car to start out journey home. 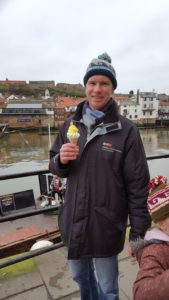 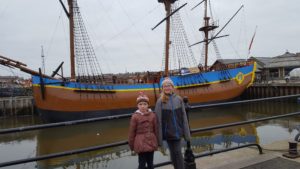 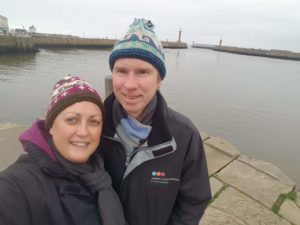 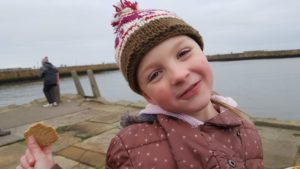 As none of us had seen York Minster before we decided to head home via York which was just an hours drive from Whitby. We walked the walls, talked about the history of them with the girls and saw the Minster in all its glory – for a windy January day, it was incredibly busy! 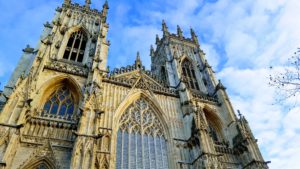 We warmed up with hot drinks at Croque Monsieur before walking back around the walls to the car park.

We all agreed that we hadn’t had long enough in York so think we will have to plan another trip to this historic and fascinating city in the future.